No sooner had we reported that 75078 had completed its first loaded runs, 3 in all, from Oxenhope to Keighley, then the BR Standard 4 was rostered for the day’s passenger service yesterday, as part of its running in after overhaul.

Unfortunately, this was arranged in insufficient time to alert the photography community, but we are delighted to bring a selection of images of the day’s events, thanks to Steve Harris, regular contributor, Richard Beckett, David Smith and Robert Batty for being in the right place at the right time. 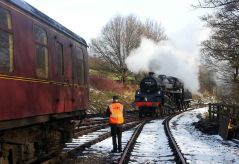 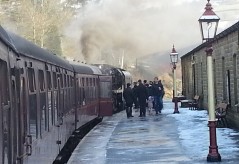 All set to go – Steve Harris

Run round at Keighley – Richard Beckett

Ready for the off – David Smith 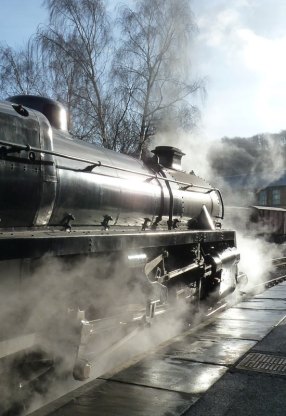 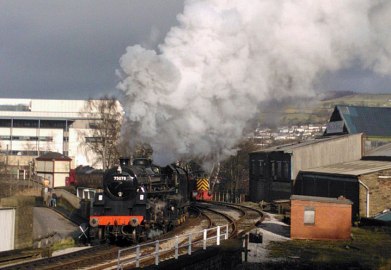 Getting into her stride at Globe Inn curve – Richard Beckett

In dramatic fashion, 75078 pulls away from Damems junction – Robin Lush 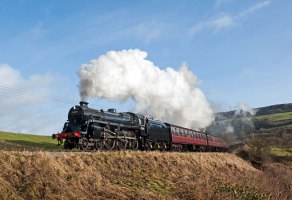 However, it will not be long before the locomotive sees its first ‘official’ call to duty as the 75078 is the rostered locomotive for the weekend of the 7th & 8th February.

One comment on “First passenger ‘turn’ for BR Standard 75078”