Hot on the heels of yesterday’s news that of the first run of British Railways Class 4MT, 75078’s  venture out onto the branch for a light engine run up to Oxenhope and down to Oakworth, we are pleased to report that a loaded test run was completed today when the locomotive hauled the mark 1 set along the branch.

Unfortunately, unlike the previous day when our intrepid photographer took some excellent photographs between Mytholmes Tunnel and  Oxenhope, three runs were undertaken, in part, in blizzard and freezing conditions deterring anyone to offer the same coverage as the previous day. However we are in debt to Tim Moody, guard for the day, who took this selection of photographs along with a brace from the railway’s Official Facebook page. 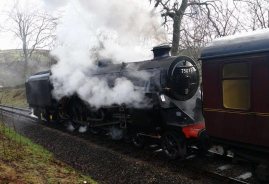 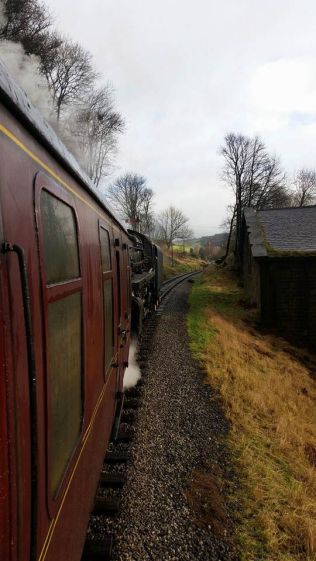 In addition, Stanley Ashworth was able to ‘nip’ out from his desk in the office and take this short video in blizzard-like conditions.

.. and Trevor Gower was up at Oxenhope in similar atrocious conditions to video a down hill run