In October KWVR, archivist, Paul Brunt, gave us an insight into the past history of Midland Railway 4F 0-6-0 43924. He now turn his virtual pen to plot the comings and goings of one of the more modern members of the Worth Valley fleet, British Railways Type 1, later Class 20, Bo-Bo Diesel Electric D8031 / 20 031

As the Railways Class 20 D8031 turned 55 in December, although it did not enter service with British Railways until January 1960 I thought a pictorial look back at its life would be in order, especially as most people look to retire at this age, hopefully though this locomotive will still see many more years use.

This image, by Martin S Welch, is the earliest of D8031 held in the archives and was taken at Kittybrewster Depot 05 June 1965, by which time the engine was already 5 years old, note the tablet catcher and mini snow plough for Scottish working.

In 1968 D8031 was transferred to England where it would see out the rest of its mainline career. Here in this image from 1969, taken at London’s Liverpool Street Station, we can see the engine has lost its miniature snowploughs but still retains its tablet catcher..

9 years after being transferred from Scotland, and now carrying its TOPS number of 20 031, this image, taken by D. Hawkins on 15 May 1977 at Frodringham Yard, clearly shows that the cab recesses for the tablet catcher are still present but the equipment has now been removed.

This image of 20 031 working through Chesterfield has recently been acquired for the archives and shows the locomotive still working as a single, rather than a pair, accordingly I would date it late 1970’s early 1980’s. If anyone knows when this class were all paired up please let me know as this will narrow down the date range.

The photo is copyright and has been reproduced with the kind permission of Ray & Martin Townsend who trade on Ebay under Networksoutheast and can be contacted for other photographs from their vast collection offering photographs of specific loco, unit, wagon and coach numbers, ontrackrailphotos@gmail.com. 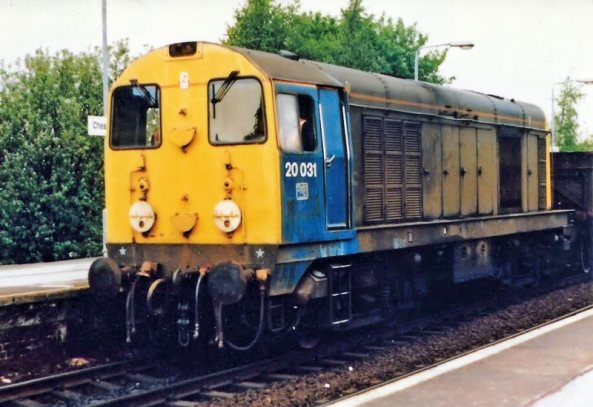 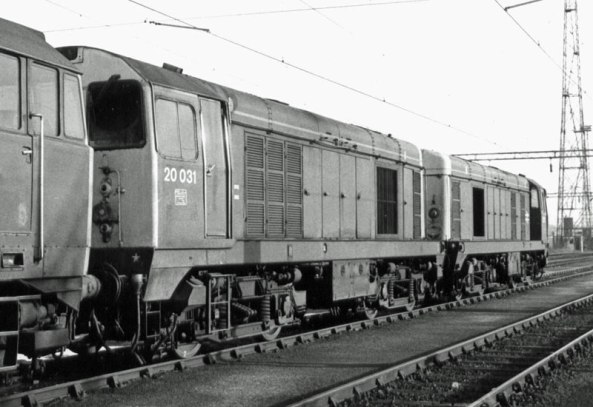 A local image for me personally of 20 069 leading and 20 031 train loco, coming off the Tinsley Lines onto the Down Sheffield at Woodburn Junction in Sheffield. The working is the 1Z09 ‘Yorkshire Explorer Railtour’.  Even this image has changed since being taken on 11 August 1990 as the signalbox has been demolished and replaced with a Porta Cabin, and the track layout is different too..

By the time F. W. Smith took this image on 25th May 1995 the locomotive had been repainted green and looked smart if somewhat un-authentic, as it is missing its tablet catcher apparatus from the cab sides.  Of other interest is this year also marks 20 years since Keighley Signalbox was lifted into position. 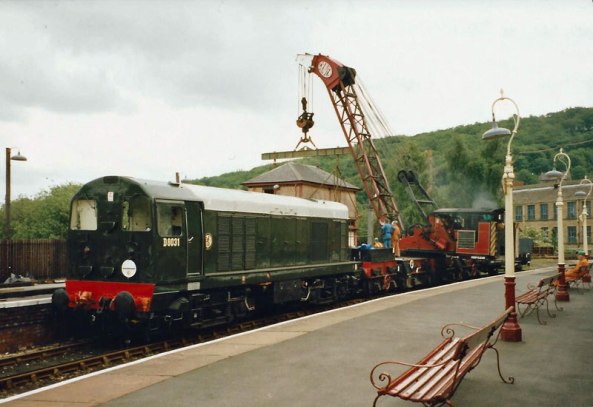 Finally a picture taken during the S&T week in May 2014 of the engine in Coal Sector livery shunting the Atlas Wagon and brakevan at Keighley. 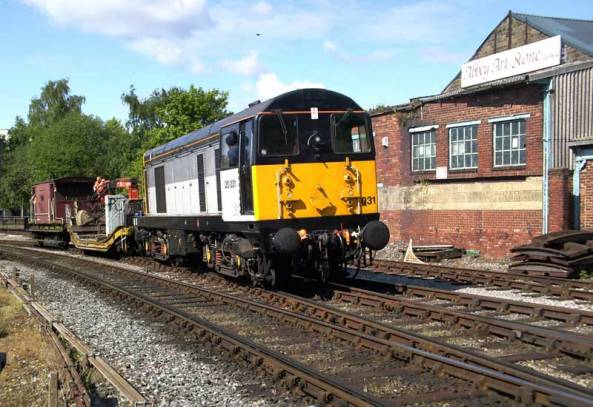